The stick and stone are not product proposals, but rather concepts. They offer a limited set of functions that allow for the development of language. They are used as mediators for sending light based messages. Each object is  embedded with a strip of LED lights, an accelerometer, and two buttons. One button is used to send a message, and the other activates a secondary light mode. Both the stick and stone work by detecting movement. A sender can gently tilt the object to change the brightness of the message, or shake it to send the lights flashing. 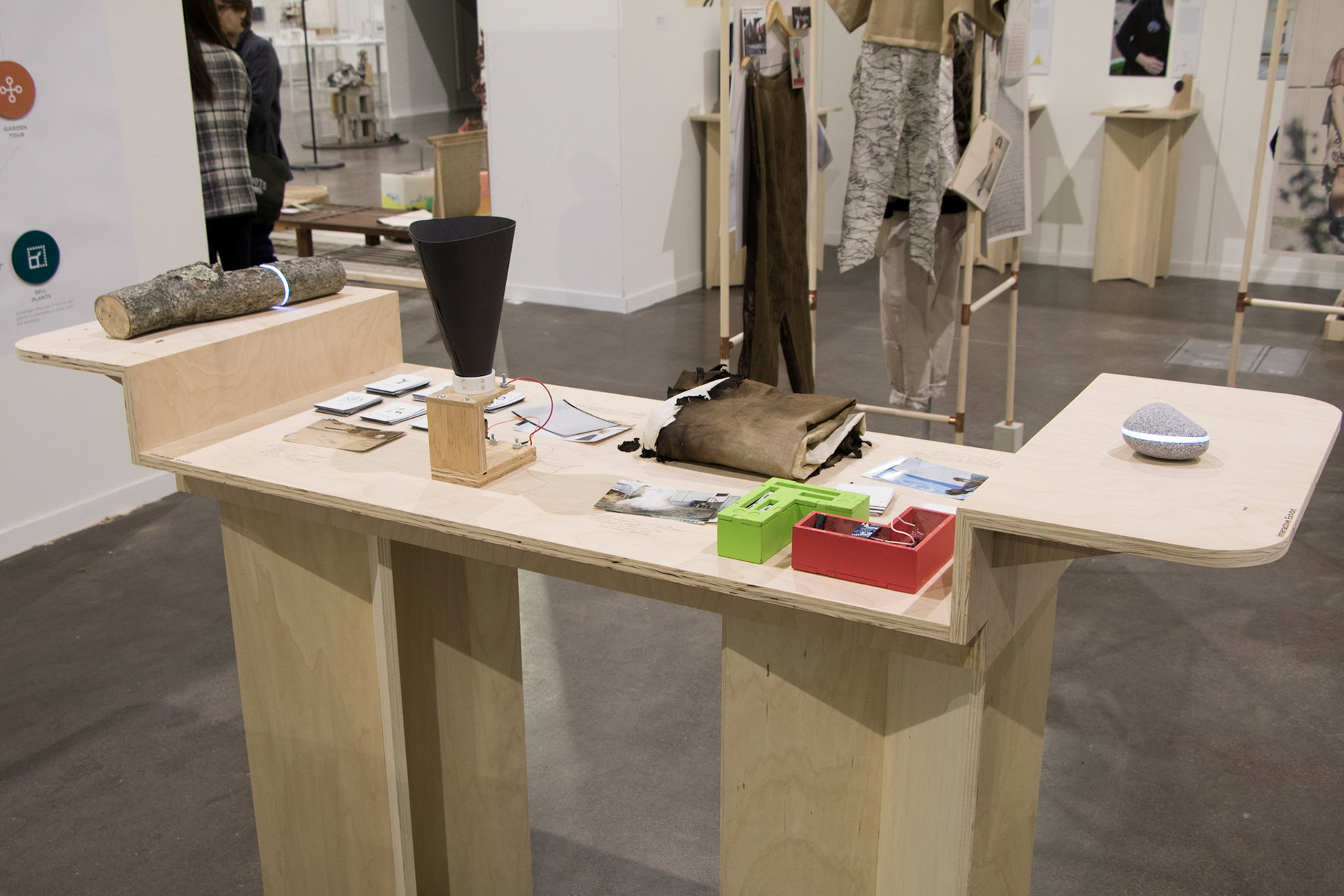 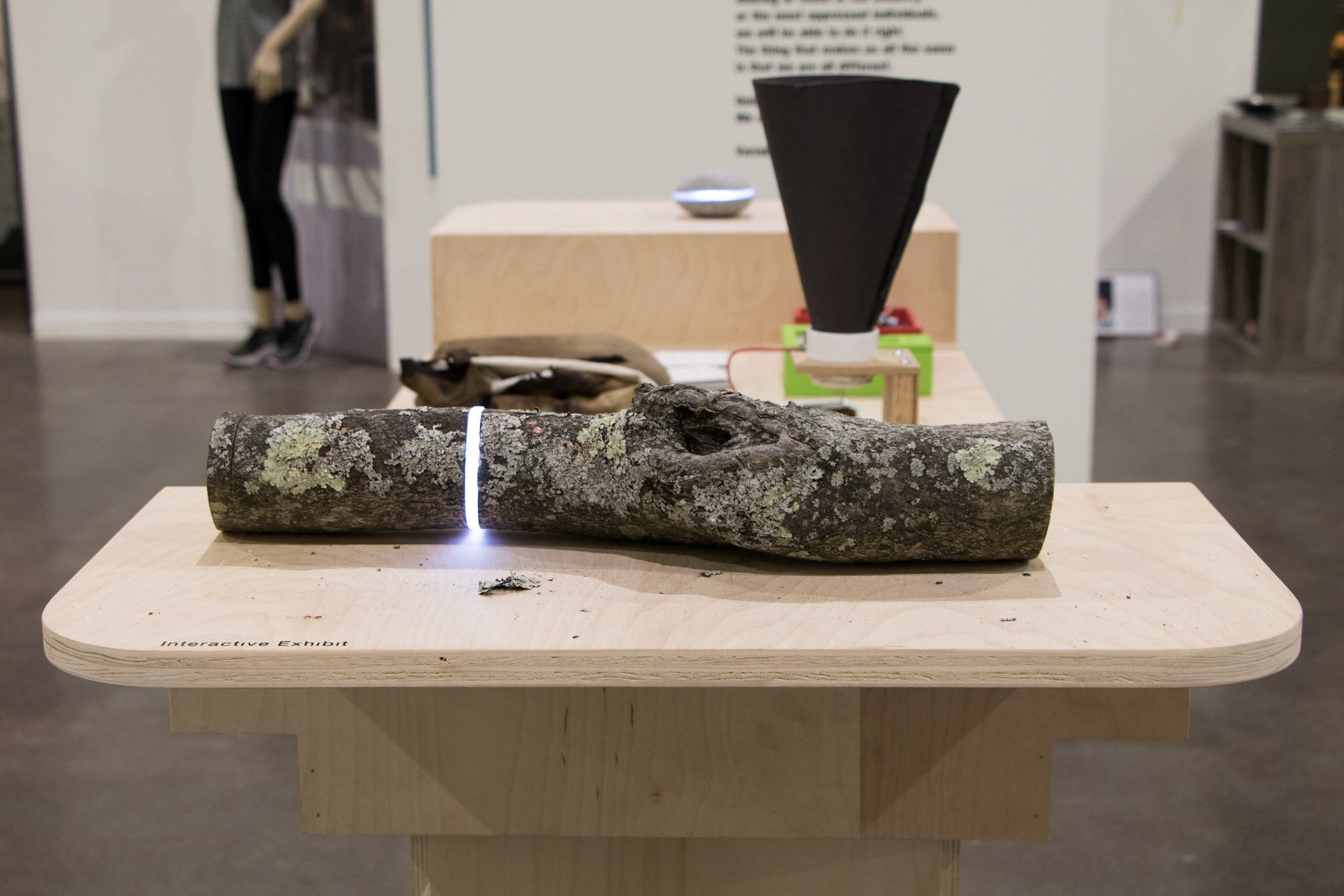 The final exhibit of Communicatronics at the RISD Graduate Thesis Show.

People interacting with the stick and stone at the exhibit.

These symbols are a series of instructions for how the stick and stone can be used, they are left somewhat ambiguous in order to encourage users to explore different gestures and their results.
If emojis were to be taken to this ambiguous extreme they would just be ever changing patterns of light. The light patterns are  based on gestures and expressively show the sender’s message. How will you say “hello” using just light? How about “I love you?” Can you give someone directions to your house? Or a recipe for an omelette? The language developed through these objects is not bound to them. These interactions can be embedded within other products. What would an angry text messages be like if all you had to do was shake your phone? Or send a tender loving message by gently caressing it? 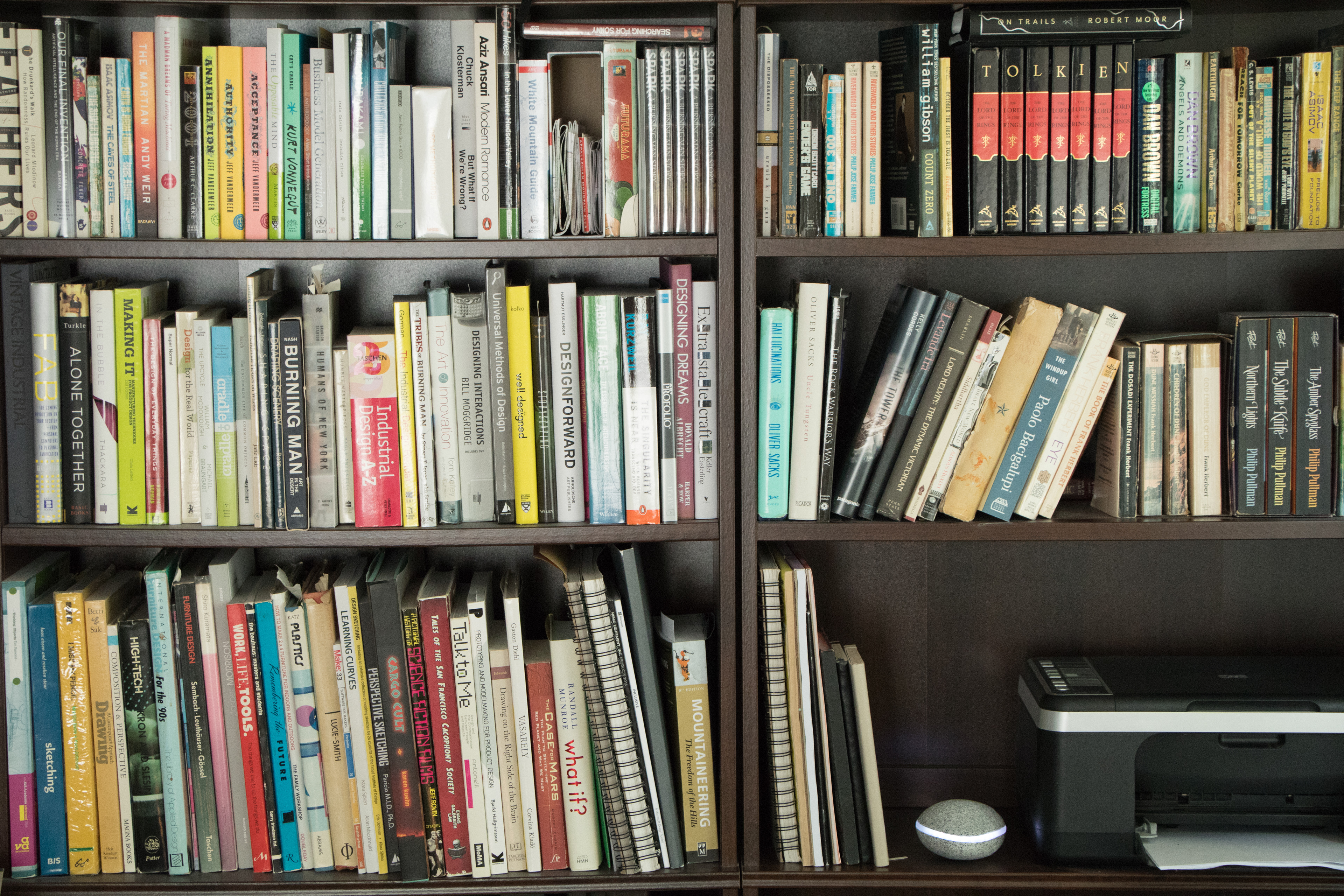 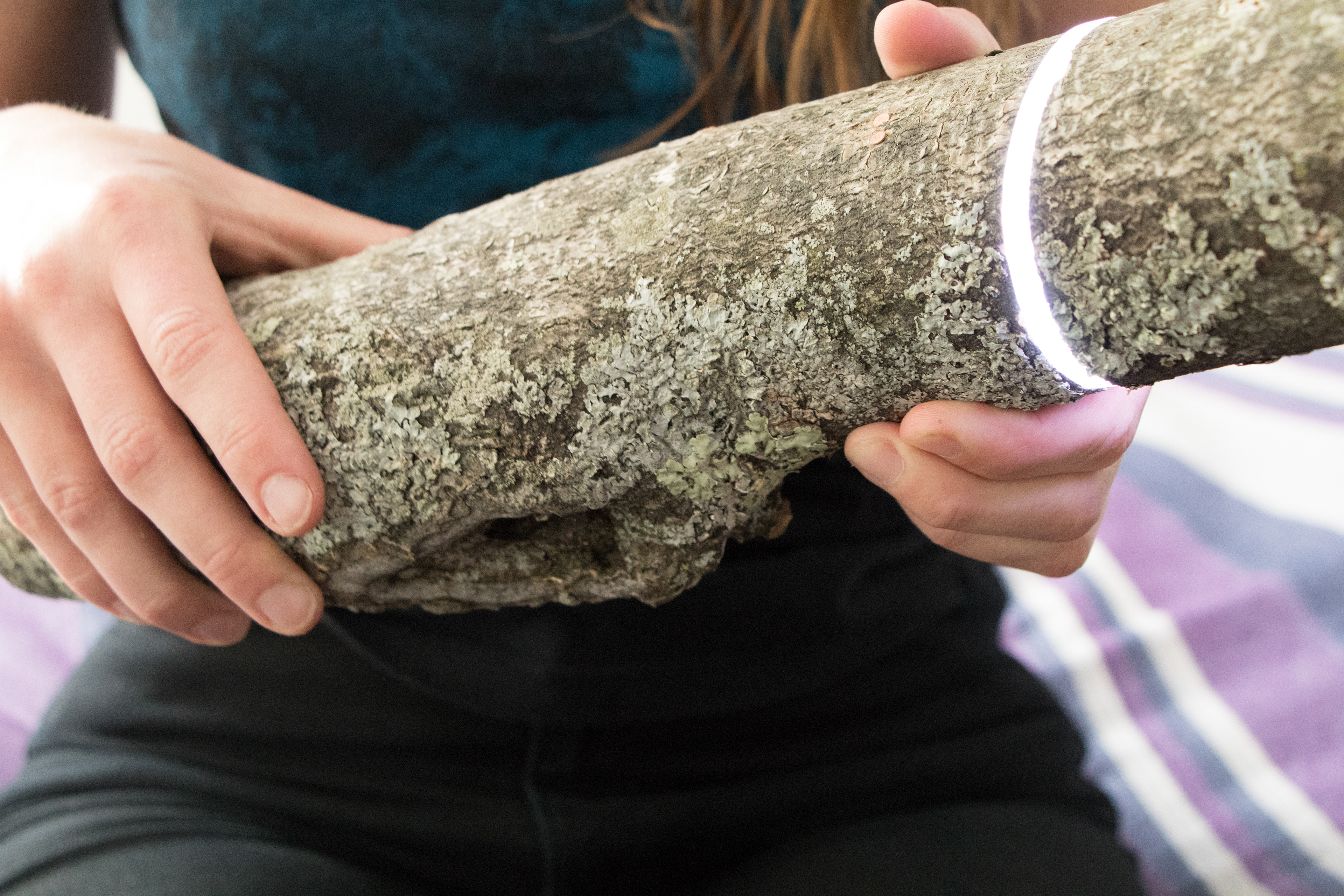 “To the extent that we’re able to navigate into the future at all, we have to have an understanding of the past.”
- William Gibson
Museums
I started my research of the past at the New England Museum of Wireless and Steam in East Greenwich, Rhode Island. Bob Merriam founded the Museum in 1964, and has been growing and maintaining a collection of steam engines and radio equipment ever since.

My next stop was The Chatham Marconi Maritime Center, established in 1994 to preserve the grounds of one of the earliest transatlantic communication sites. The station operated as both a military base and a civilian communication hub. I spoke with Dick Kraycir, the Executive Director of the Museum, to learn more about it.

Experiments
In order to create Communicatronics I had to first understand how tools mediated and created language. I broke this up into three broad categories, disrupting, organizing, and experimental archeology. Each of these allowed me a glimpse into a different element of communication. From each experiment I recorded observations, as well as images and sometimes video and used those to derive insights and lead the design of the following experiments. 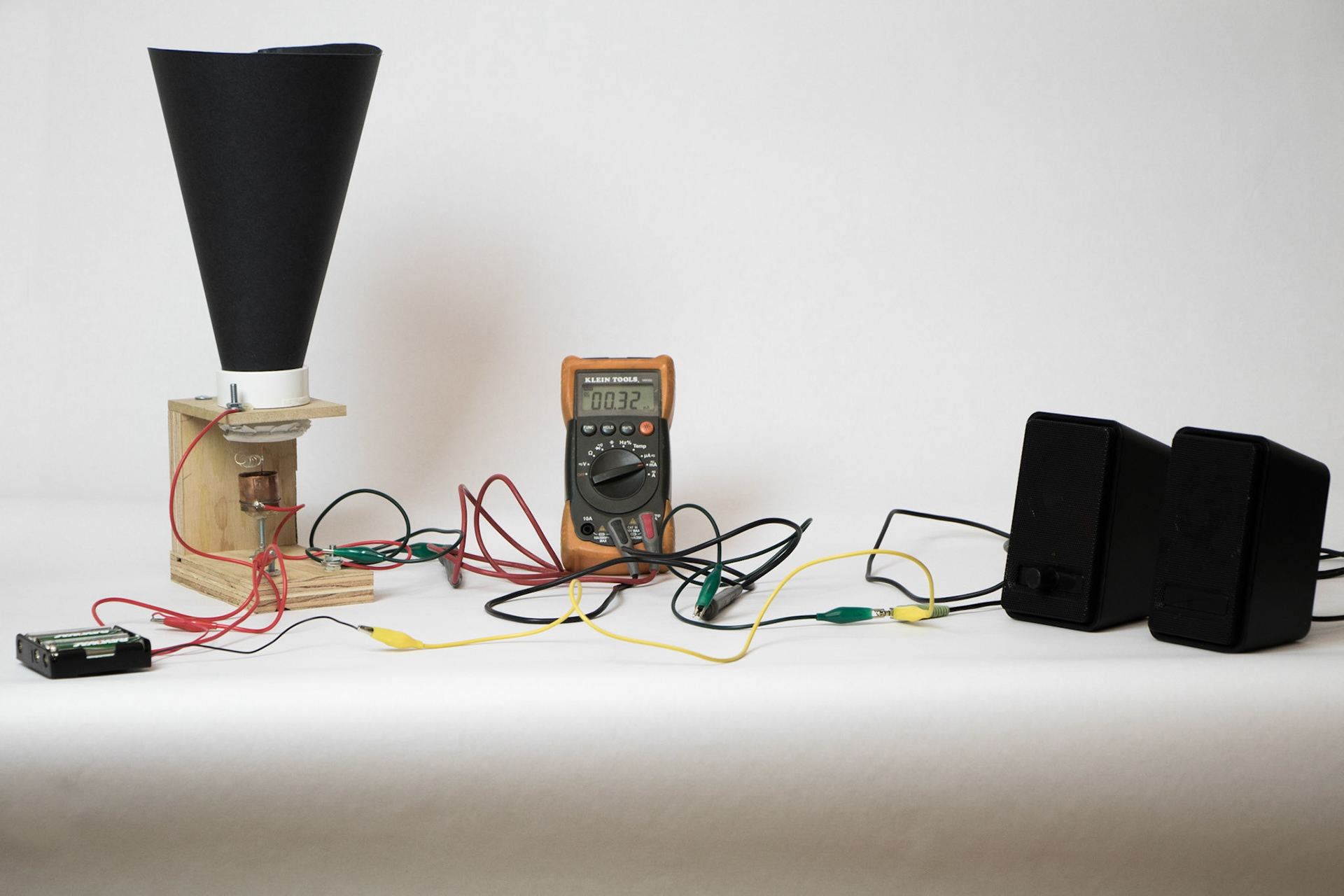 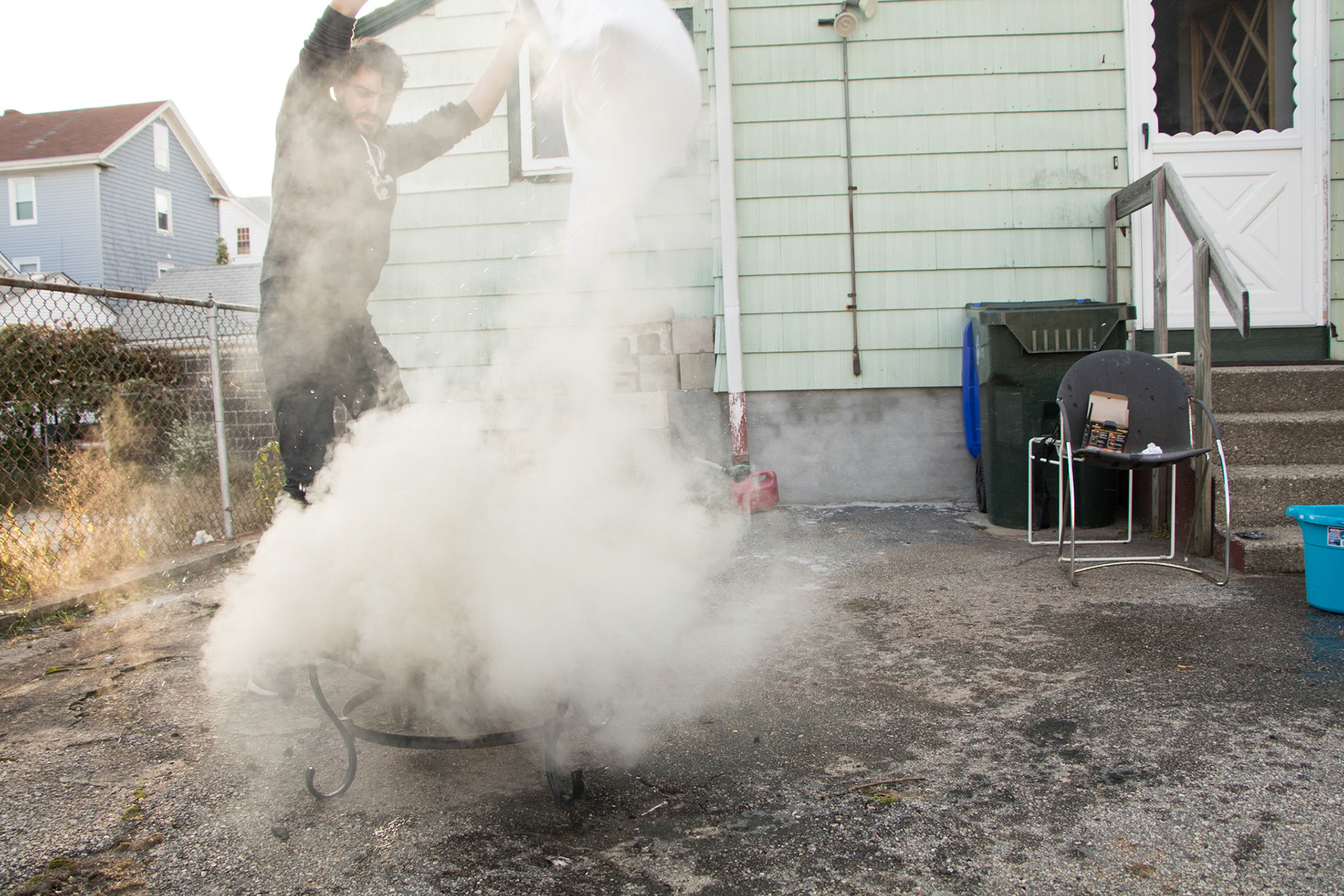 Working Model of Alexander Graham Bell's first telephone (left). Learning how to send smoke signals (right).
In the card sorting experiment a set of 63 cards presented to participants. Each participant was asked to sorting all of them based on their intuition. After sorting the cards I interviewed the participants to understand their choices and associations within different methods of communication. 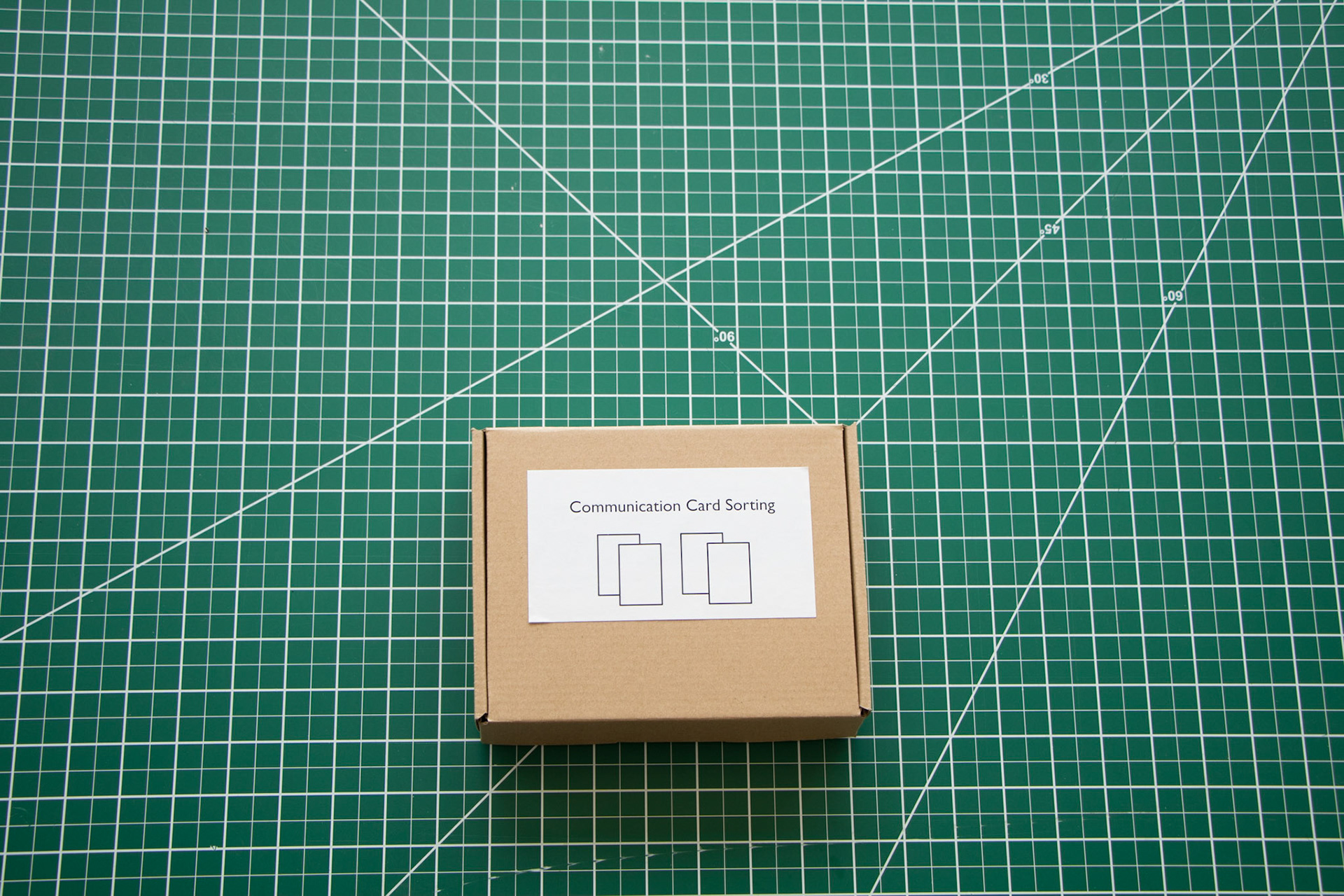 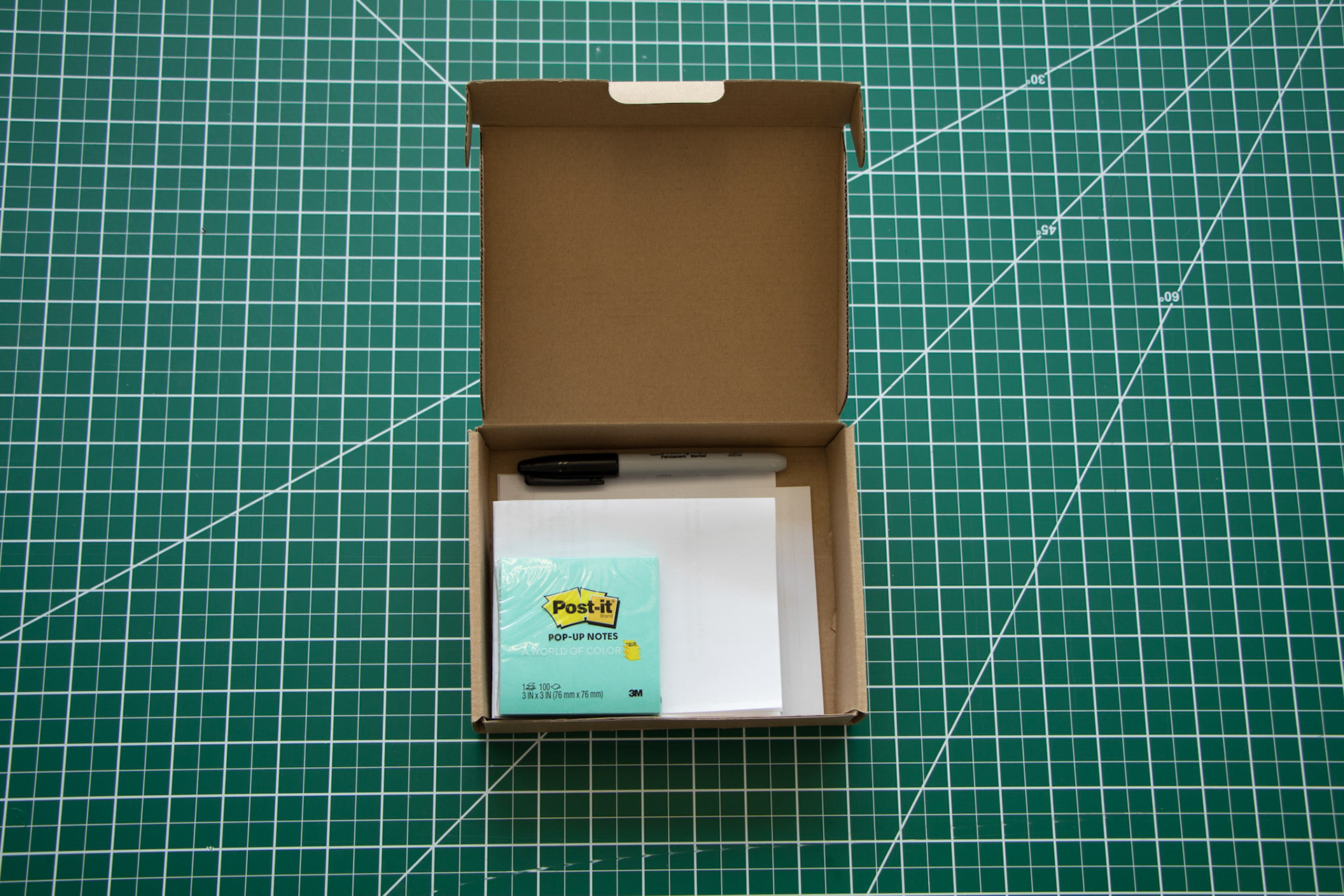 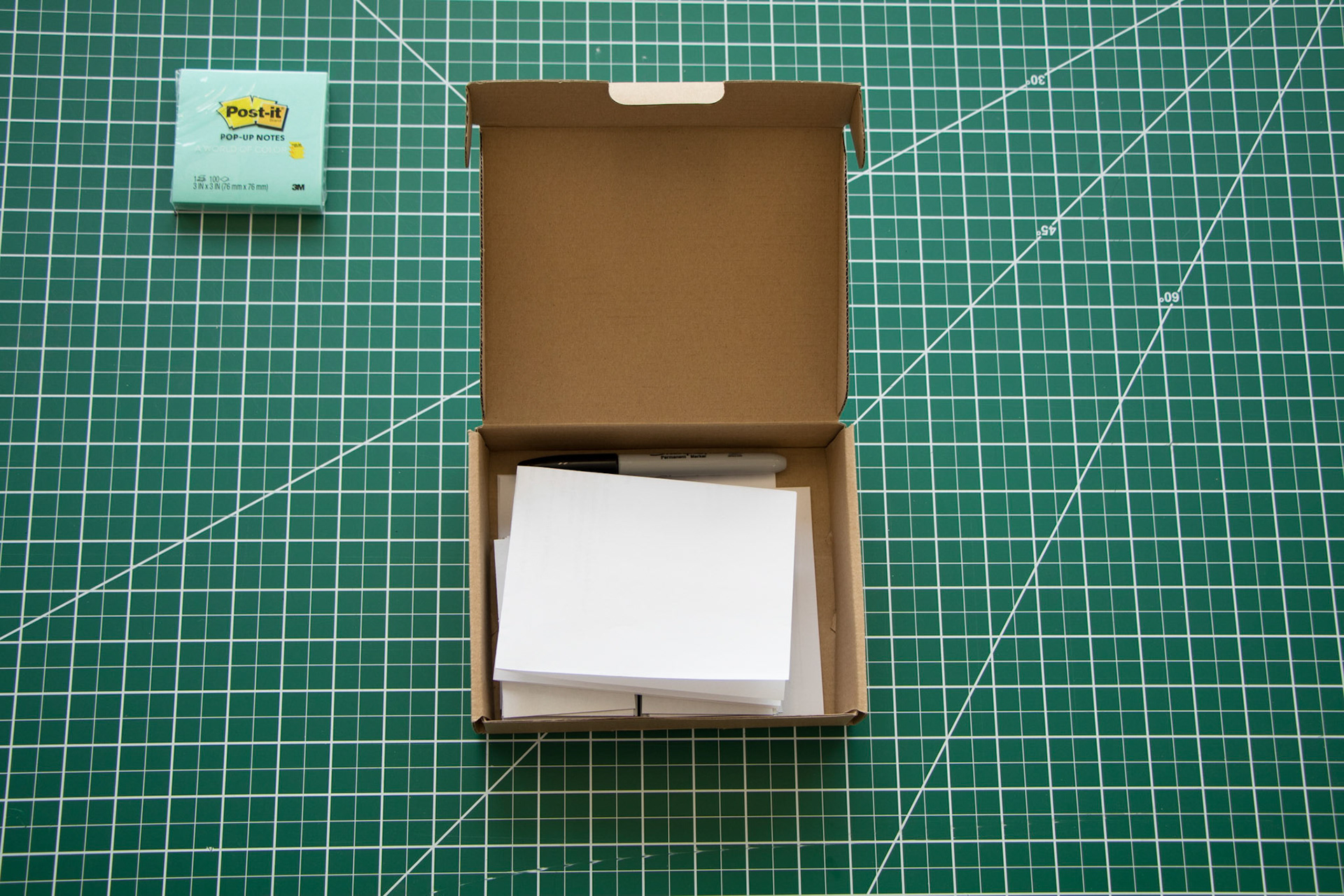 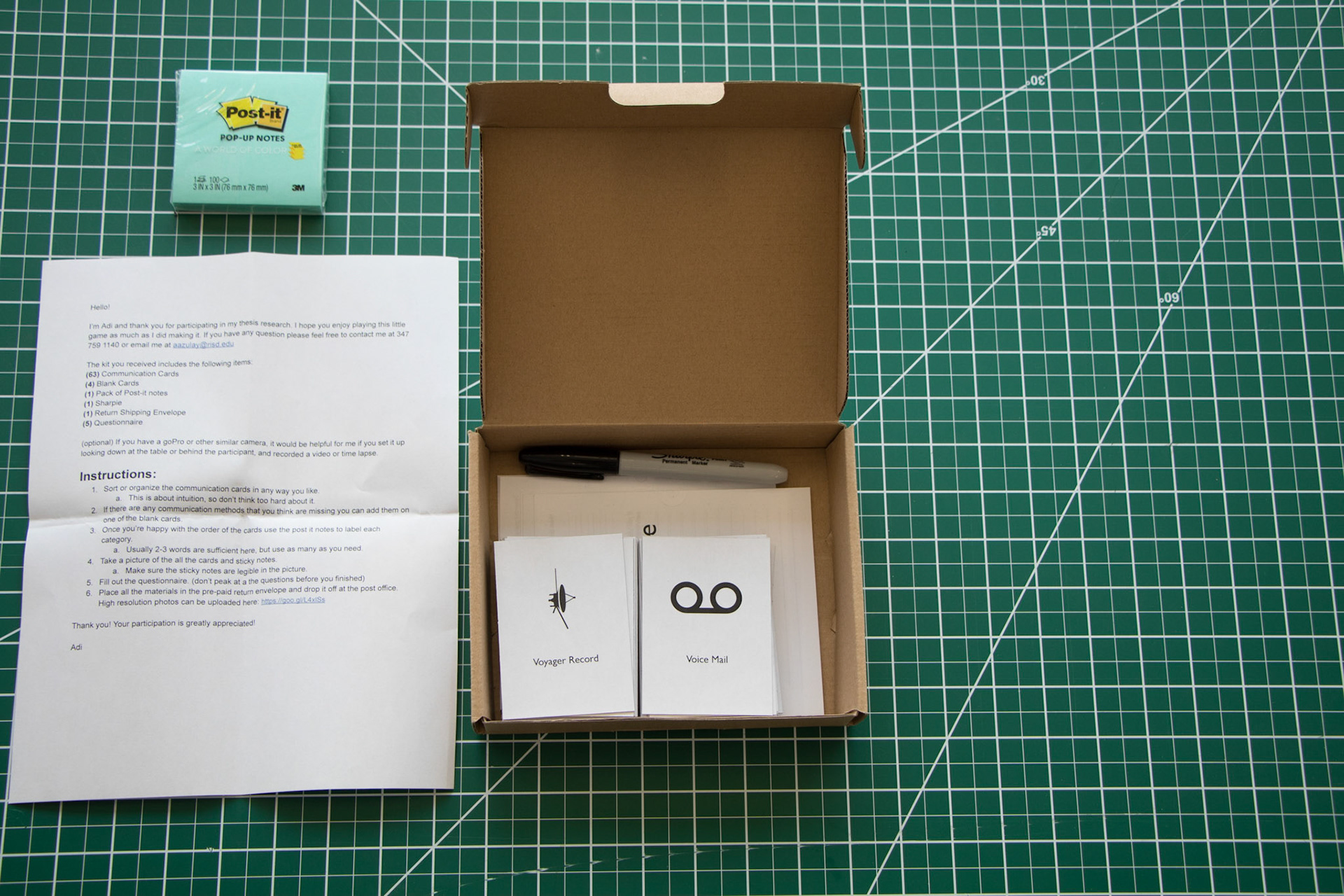 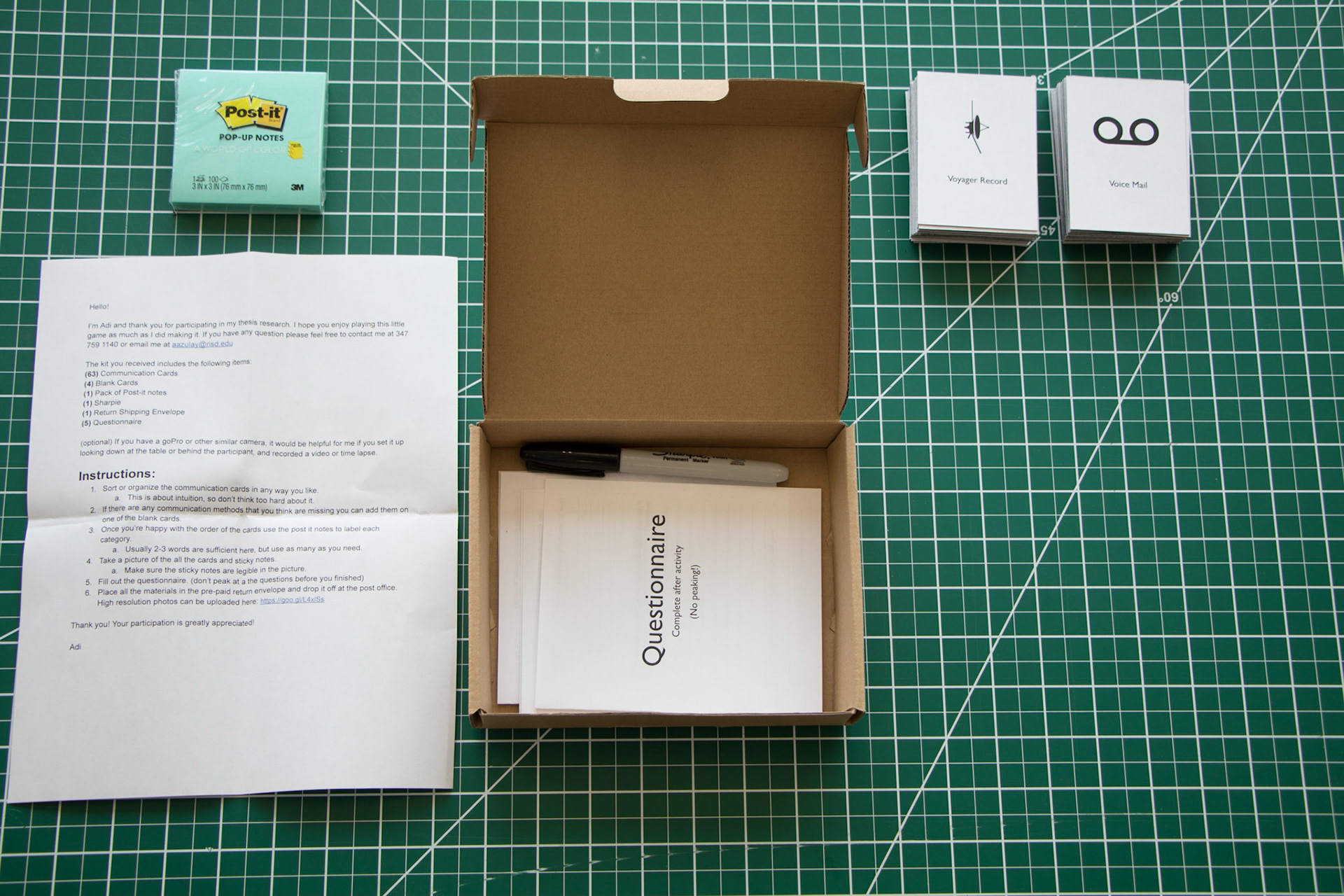 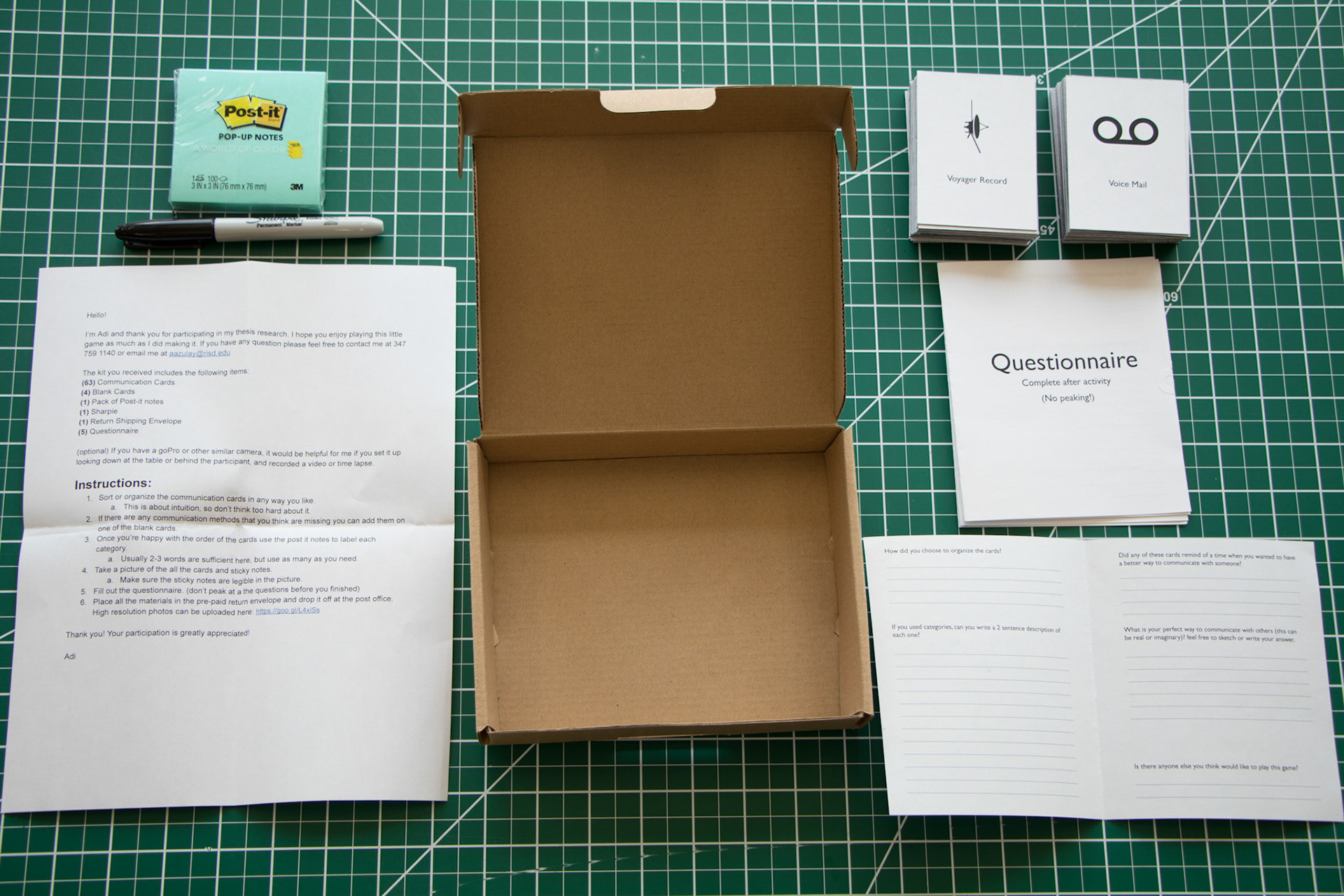 During the spring I traveled to Death Valley with a research group I was participating in. For the trip I had created a set of two “L” shaped communication controllers, one red and one green. Each had four buttons that activated coinciding LEDs lights (signs) on the other. The number and shapes of the symbols were based on some of the concepts of morse code. While Morse code is often thought about as a binary system it actually includes five distinct symbols. A dot (•), a dash (–), an inter-element pause (the pause between a dot or dash), a short pause between letters, and a long pause between words. The pauses aren’t often thought about as symbols, but they in fact function in the same way as the dots and dashes. Without a pause there would no differentiation between letters or words. Since I didn’t want to communicate letters, I eliminated the inter-element pause and settled on types of lights—a short and a long—and had them arranged in horizontal and vertical pairs. 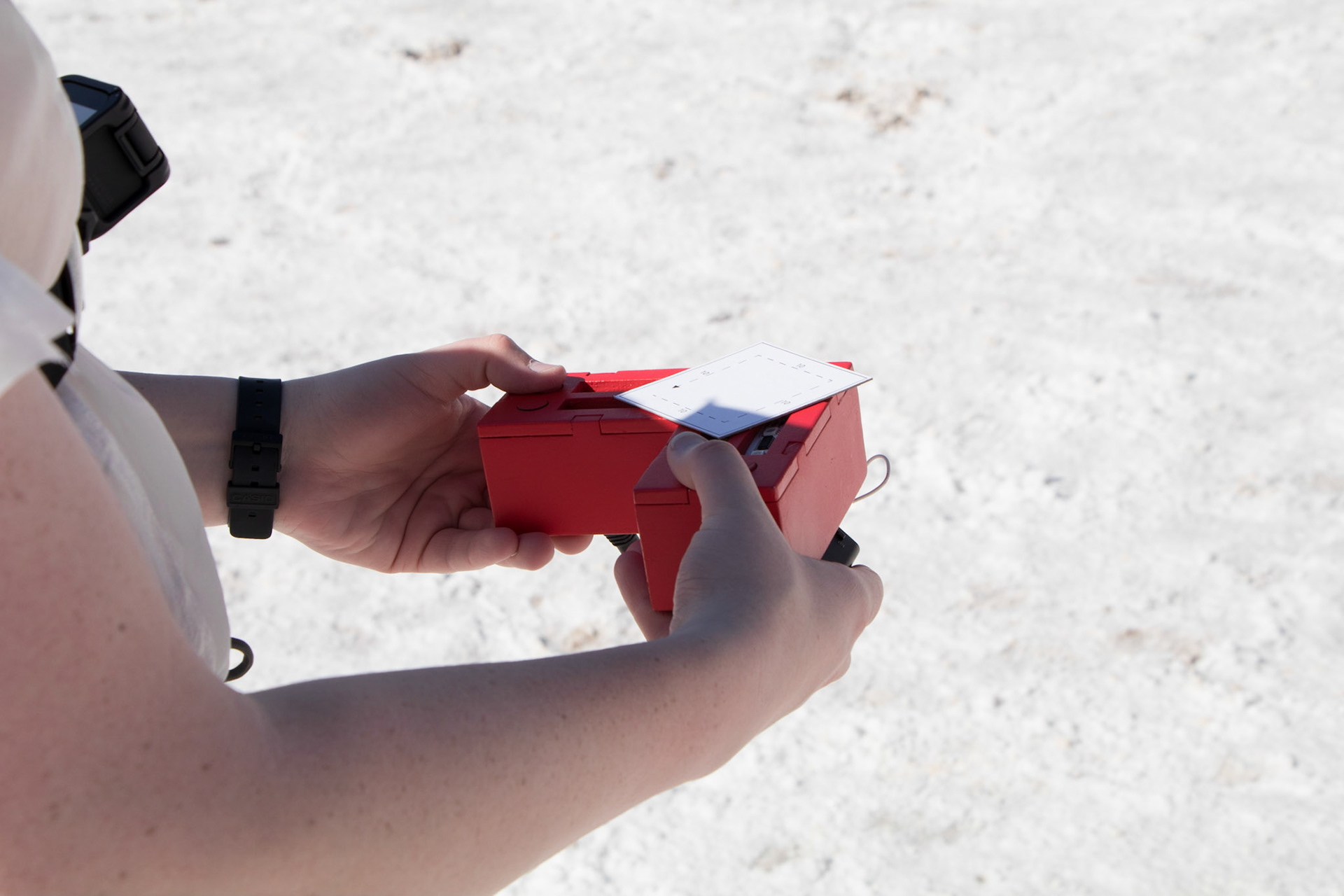 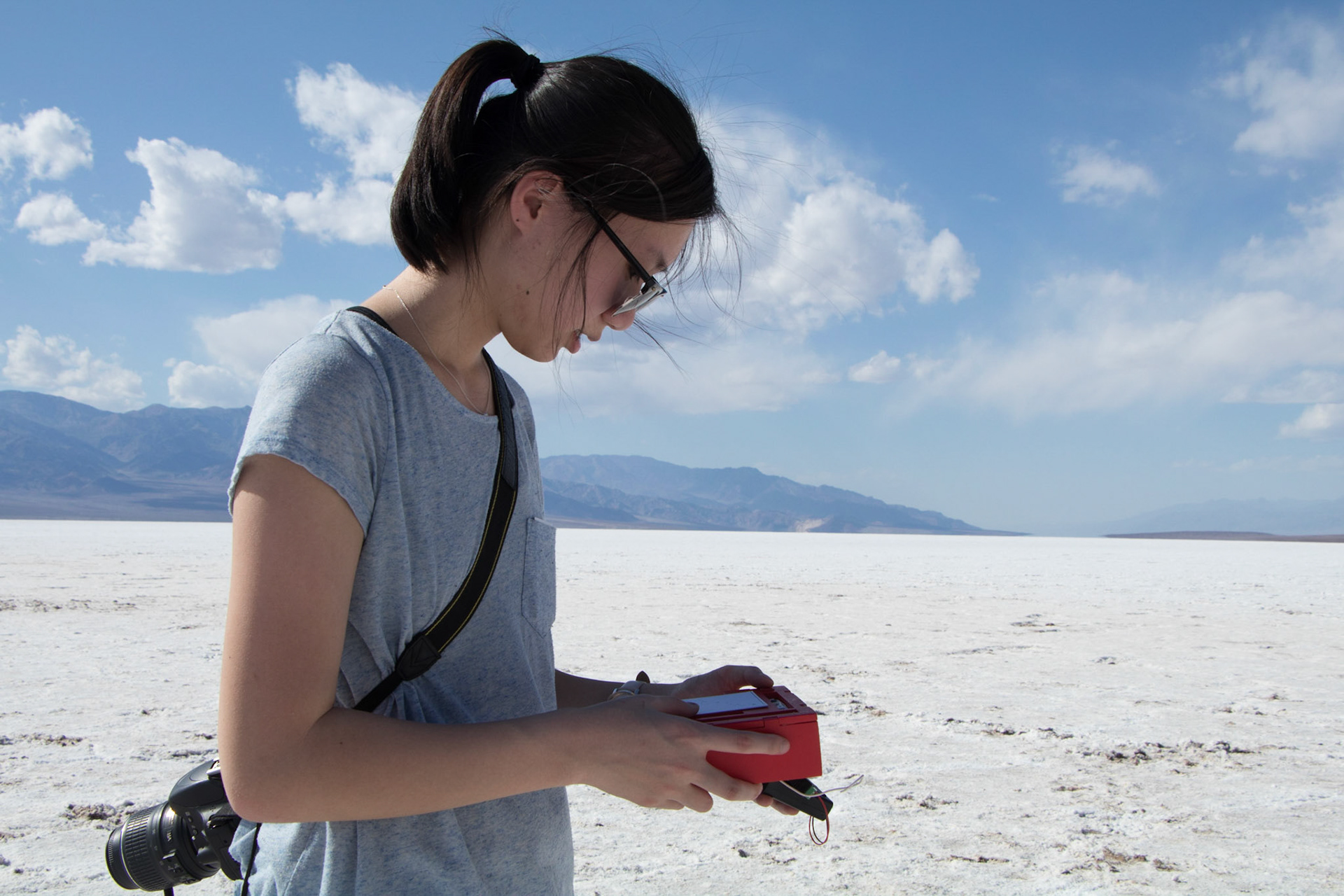 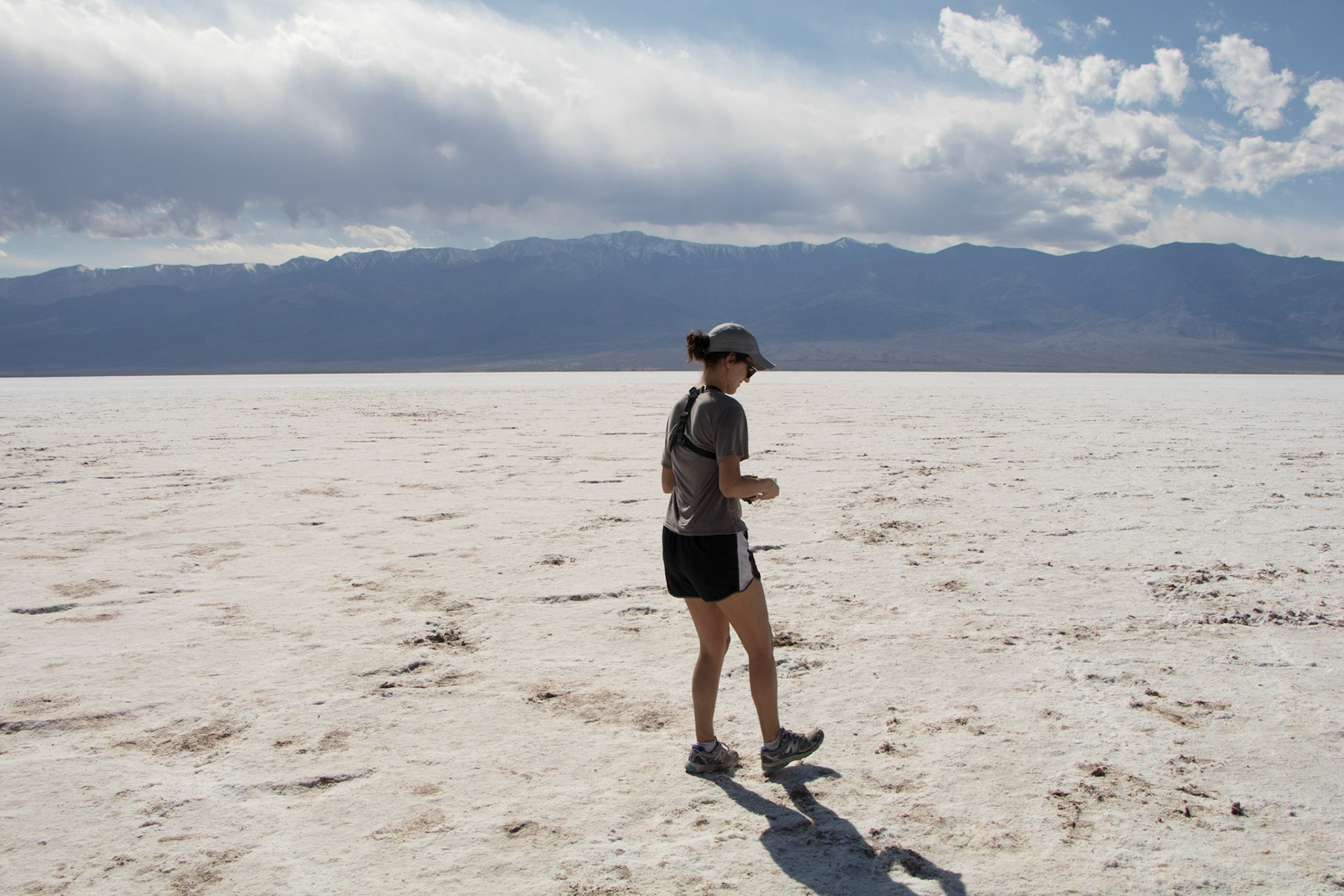 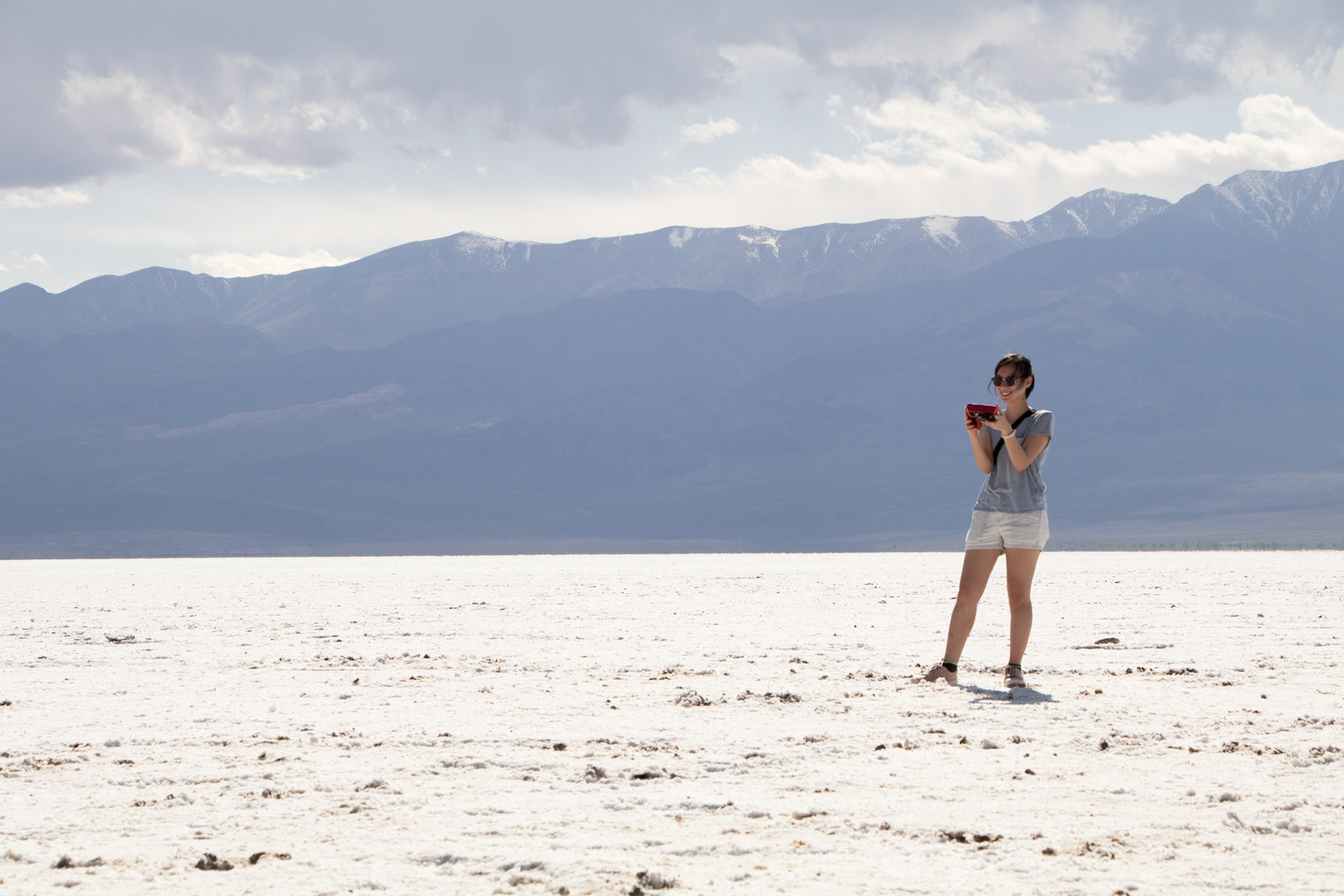 For this experiment, I created a set of navigation cards, each with a pattern drawn on it ranging from simple geometric shapes to complex hiking trails. One of the participants would get a card and have to instruct the other on how to walk that given pattern using the device. I first gave Eli a card with a simple square pattern to communicate.

The insights gathered from these experiments informed the design of the stick and stone. If your are interested in reading further about this research you can download my written thesis here.
↑Back to Top